Why defending in netball is a challenge

Netball is one of the most played sports in UK schools, but many of us never pick up a ball again after our school days have ended. An increasing number of adults are rediscovering the sport, however, and finding it a great way to improve fitness and confidence, as well as meet new people. If you’re thinking of getting back into netball, or if you’re already playing, your knowledge of the game might be a little rusty, and you may be feeling unsure about defending in particular.

The England Netball Association is keen to welcome players back into the game and offers advice on its website, including advice on what to wear – namely, anything you feel comfortable and able to warm-up well in.

Defence drills are a great way to hone your defending skills and can also help improve your technique as a team player. Whether you work with a coach or prefer to use a resource such as a netball drill video, familiarise yourself with the drill as far as possible before attempting it.

Online resources such as https://www.sportplan.net/drills/Netball/drills.jsp offer some invaluable tips on improving your team’s performance.

How to fend off a player

The aim of defence in netball is to regain possession from the opposing team by intercepting a throw. It’s important to be aware of your opposition player’s movements, but your main focus should be on the ball. You will need to ensure you’re in the best possible position to intercept a pass and try to introduce the element of surprise as far as you can. If you make it difficult for opposing attackers to predict what you’re going to do, or when and how you’re going to act, they are more likely to make mistakes, giving you additional chances to intercept their passes.

While it’s important to be able to judge the speed at which the ball is travelling when it’s passed, this will become far easier with experience, and the only way to improve your skills is through practice. You will not want to waste your time attempting to intercept balls you have no chance of winning and will need to assess which passes offer the most opportunities. Long, high balls are generally the easiest to intercept as they allow much more time for you as a defender. 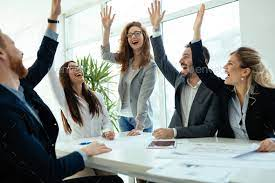