Microsoft and Apple have announced a new generation of high-end laptops, the Surface Book and the MacBook Pro. Already pre-ordered (in the US only for the Surface Book), they both benefit from the latest high-tech laptop technology for professionals and/or wealthy amateurs.

Read Also: Benefits Of Living In A Smart Home

Both machines integrate Intel Core i5 or i7 6th generation processors and can also accommodate up to 16GB of RAM and a 1TB SSD in their optimal configuration. On the other hand, Microsoft announces an excellent autonomy of 16 hours versus only 10 hours for the MacBook Pro.

If Microsoft offers two “classic” USB ports as well as an SD card reader on its Surface Book, Apple has chosen to offer only Thunderbolt 3 through USB Type-C ports, MagSafe magnetic recharge connector. Unexpectedly, it will take an adapter to connect his iPhone to his future MacBook Pro, which obviously will not be necessary on the Surface Book.

The Surface Book is a hybrid PC and therefore also a tablet to which a keyboard is grafted. Various accessories, such as a stylus or the new Surface Dial, this large button that, when placed on the screen, brings new features related to the application running, can also be associated.

The MacBook Pro is still a classic laptop, but it is the first to have a “Magic Toolbar “, a contextual touch bar that replaces the traditional row of function keys.

Microsoft announces that its new Surface Book will be available in the US as of last year starting at $ 2399.

As for the new generation of Apple computer, it is necessary to count at least 1999 dollar for a MacBook Pro 13 inches equipped with the Magic Toolbar and 2699 dollar for 15 inches. Note that a 13-inch model without this innovation is offered from 1699 dollar.

Read Also: Why Desktops Are Forever

Verdict: which is the best?

Difficult to clear a real winner in this fight without mercy that is carried out Apple and Microsoft. The two machines are not lacking in assets – it is a euphemism – but it can also be said that they are not addressed to the same public.

The MacBook Pro is ideal for professional use and will always appeal to fans of the apple brand. And we can bet that the latter will not see in the Surface Book a novelty worthy to pass them to the Windows enemy. 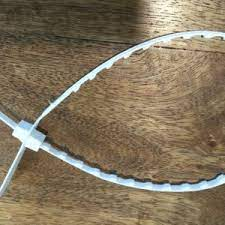