What is FOG and how do grease traps work?

Restaurants can generate a huge amount of waste, especially the liquid variety. Normally referred to as FOG, this mixture of fat, oils and grease can cause havoc, especially when poured down the drain. At home, it’s a simple case of transferring the FOG into an empty jar or container. At larger-scale establishments such as restaurants, however, it’s not so easy. This is where the grease trap comes in handy.

What is a grease trap?

A grease trap, also known as a grease recovery device or a grease interceptor, is a type of plumbing device that is used to intercept greases and solids before entering into the wastewater disposal system.

Around since the Victorian times, the first grease trap was patented by Nathaniel Whiting in the late 19th Century.

The purpose of a grease trap

If left unchecked and poured down the drain, waste generated by large-scale establishments such as restaurants, hospitals, schools and cafeterias can lead to a whole host of different problems once it accumulates in your pipes and the sewer system. This creates bad smells, blocks drainpipes and sewers, and restricts the flow of wastewater.

In order to prevent these problems from occurring, it is essential to install a grease trap such as the stainless steel grease traps available at https://www.ukgreasetrapsdirect.co.uk/stainless-steel-grease-traps

How do they work?

At a basic level, they work by cooling hot, greasy water, which in turn cools the FOG and allows it to separate into various layers of waste. The FOG floats to the surface as it is cooled, and the rest of the water drains into the sewer.

The FOG is then trapped on the surface by the grease trap and should be removed when the level of sludge reaches 25% of the level of the tank.

How to keep your grease trap working well

– Cleaning practices: Keep the amount of FOG you empty down the drain to a minimum, and always make sure dishes are scraped before they are washed.
– High-fat liquids and frying oils should never be deposited down the drain.
– Installing enough pre-treatment devices can reduce the amount of contaminant in the wastewater.
– Reducing the temperature of the wastewater can help the functionality of the grease trap. The lower the temperature, the more efficient the grease trap will work. 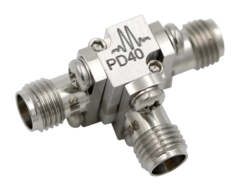