The car is a complex mechanism, equipped with a huge amount of parts. Of course, sooner or later, one of these devices can break down, cause a crash or cause a problem while driving on the road and engine overheating can become one of them.

In fact, this problem is familiar to many drivers. And if it has not yet arisen with you, then you could meet other cars on the road, from under the hood of which gray smoke escaped. This situation is quite dangerous and can lead to serious consequences, up to the fact that you will need an expensive overhaul of the power plant.

There are many reasons that can lead to engine overheating: hot weather, too low a coolant level, a long trip, heavy traffic, etc. Basically, it all comes down to a malfunction of the cooling system, although often the problem is the driver’s inattention. That’s why you need to regularly check the level of the coolant, as well as the monitor during the movement for temperature sensors and do not cross the critical point.

Determine the cause of engine overheating

What to do when the engine overheats there are different symptoms that may indicate that the motor has started to overheat. The inexperienced driver does not immediately manage to navigate, but if you keep this list in mind, then you can take timely measures and not exacerbate the situation even more:

To the list of the main reasons that these symptoms can cause, include the following:

Do not aggravate the situation

It should also be remembered that there are different degrees of engine overheating, which can lead to different consequences:

Check This Out:  This is the technology needed to move from Autopilot to autonomous driving in Tesla Motors

The quieter you go, the further you’ll get

To repair the engine after the last stage of overheating, you will have to invest a huge amount. Although in many situations it is easier to install a new unit. In order that you do not have to face such serious consequences, stick to the following plan of action:

What to do when the engine is overheated If the problem could not be solved independently, then there it will be necessary to immediately go to the service center. You can do it yourself, but you will have to constantly stop and allow the engine to cool down. It takes a long time, so be patient.

To prevent the engine from overheating too quickly, turn off the air conditioner, open the windows, and turn on the stove and blower fan. This will help distribute heat more efficiently. You can also switch to neutral gear and increase the speed to increase water circulation. We recommend that you go as smoothly as possible so that you do not have to accelerate or slow down bravely.

If this option does not suit you, then use the help of third-party drivers or you should call an evacuator that will take your car to the repair station. 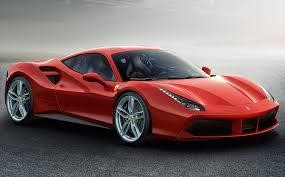