The History of Our Favourite Makeup Products

Most modern-day women own some form of makeup, whether that be a secret black liner they keep in their handbag or a collection of their favourite lipsticks. Makeup is used to conceal blemishes and to express our individuality. There are many brands that do make up such as Benefit makeup. There are many controversial views on the subject, but no matter what people have to say about it, cosmetics remains one of the largest and most profitable industries worldwide. But have you ever wondered where it all began? Here is a short history about the origins of your favourite makeup products:

The first form of foundation was used by Greek and Roman women way back in 200 B.C. They used white lead and this remained in use right up until the 1800s. Beauty standards in 1558 – 1603 convinced women to strive for paler skin. They used white lead again and mixed it with vinegar or egg whites to lighten the solution even further before applying to their faces. Nowadays, our foundations come in all shades and formulas, often containing SPF and emollients.

Both men and women used a form of lipstick around 3000 B.C. This was created using gemstones, which apparently were more valuable crushed and applied to the face for an extra pop of colour on the lips. Another method for creating lip pigments was to crush up colourful bugs, this was a popular method used by Cleopatra in the Egyptian period. Nowadays, we can apply lipstick easier with the Desire duo collection make up brushes from https://www.carapharmacy.com/en/Benefit/b-743.aspx

We can thank the Egyptians for creating eye liner in 2,500 B.C. They would mix animal fat with kohl to come up with the right substance to apply around their eyes. According to Elle, this formula was used because the medicinal properties contained in the mixture helped to prevent eye diseases.

Mascara is used to blacken the lashes and make them look thicker. In addition to this, it is also used to help open the eyes and make them seem much larger than they really are. The first ever mascara was invented by Eugene Rimmel. Our modern day mascara was formulated by T.L Williams, who was an American chemist. He created the solution using a mixture of petroleum jelly (the main ingredient found in Vaseline) and coal dust.

This colourful substance derives from China. It was first used in 3000 B.C. and contained egg whites, beeswax, vegetable dyes and gelatine. It was also commonly used by both the poor and the rich of Ancient Egypt. Interestingly, nail polish was a way to define your class. The rich would paint their nails bright red whilst poorer and less privileged women wore lighter shades of polish, such as nude. 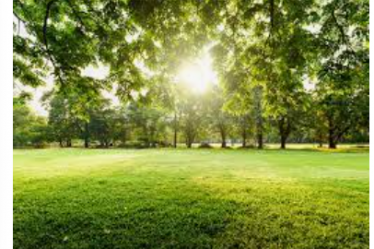