Top reasons for discovering the secrets of Sligo

Situated in the northwest of the Emerald Isle is the county of Sligo that will be forever associated with the famous poet W.B Yeats. This is why Sligo is often known as ‘Yeats Country’ as so many of the beautiful sights of the county feature in his writing. You’ll find Yeats’ grave in Drumcliffe village, but there’s much more to Sligo than its association with the poet. Here are some compelling reasons why Sligo is the place to be:

One of Ireland’s most important Neolithic sites, the Carrowmore Megalithic Cemetery contains an impressive 30 plus cairns, the oldest dating back to 3,700 BC. This makes it older than the pyramids of Egypt! Visitors can enter the central tomb chamber which was built 5,500 years ago. Neolithic art has also been discovered here and it’s the only tomb where the dead were interred and not cremated. A visitor centre provides heaps of information on the site and guided tours run between March and October. Book your trip to Sligo today with Irish Airports like https://irelandwestairport.com/

Benbulben is an impressive 526m high mountain that was carved out by Ice Age glaciers moving through the landscape. The resulting limestone and shale mountain has a unique red hue and an interesting shape that people often refer to as ‘Sligo’s Table’. The north side is treacherous, but the south side is conquerable for most walkers. Another unique feature of Benbulben is that it’s only place in Ireland where you’ll find the rare Arctic plant called the tea-leaved willow.

Sligo has lots of natural wonder and another example is Knocknarea, a monolithic hill that can be seen for miles around. It’s easier to walk than Benbulben with a signposted path up to the peak and at the top, you’ll find a Neolithic cairn which has ever been excavated. The east of the hill is the site of a Stone Age village and there are many more smaller cairns on the slopes. You really are walking on ancient land.

For fans of Yeats, a visit to Sligo Abbey is a must as it’s mentioned in two of the poet’s short stories. The Gothic monastery dates back to 1253 and has suffered more than its fair share of catastrophes over the centuries. It was partially destroyed by the Irish Rebellion 1641, badly damaged by fire in 1414 and attacked during the Nine Years’ War in 1595. Abandoned in the 18th century, it was finally restored during the 1850s. A visit here will reveal Ireland’s only original high altar form the 15th century and beautifully preserved cloister arcades.

For a taste of a traditional seafaring village with incredible views, Rosses Point fits the bill perfectly. Reachable within 10 minutes from Sligo centre, it’s a great spot for a stroll around the peninsula where you’ll enjoy sweeping vistas over beaches from the green-topped cliffs. Rosses Point beach boasts Blue Flag status year on year, sheltered from the open sea by the Ballymulderry peninsular.

Sitting proudly on the shore of Lough Gill, this is a fortified manor house built during the start of the 1600s. Previously on the site was a 15th century castle which was partially demolished for the stone to build this manor house. During the summer months, you can enjoy guided tours of the site which received extensive renovation during the 20th century using 400-year-old techniques and materials. 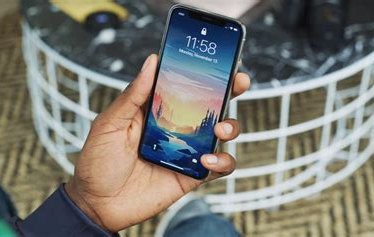