The Mayor of London, Sadiq Khan, has recently revealed the new Housing Strategy for London, claiming that under the new scheme, land purchased would be made available to social landlords, as well as local authorities and property developers. Funds from the Greater London Authority’s housing budget are to be used to buy land for either construction or remediation and then sold on to local authorities, social housing and private developers.

The land to be targeted

The intention is to purchase land that would not otherwise be purchased by housing associations or councils, ruling out any idea of creating competition in the buyers’ market. The land that will be targeted is that which is currently owned by other public sector landowners, including bodies such as the Ministry of Defence, the NHS or Network Rail.

It is likely that most of the parcels of land that will be targeted will be brownfield sites, which may potentially be hazardous due to previous use of the land and any residual contamination. It is for these reasons that any land to be purchased under the scheme is likely to be remediated – the hazardous chemicals left on the land, either in debris, soil or water, will be removed.

Both regional and national environmental protection agencies will be required to decide whether and what action needs to be taken to bring the land back up to standard. It is likely that a land remediation service, such as that which is offered by http://www.ashremediation.co.uk will be utilised.

The decision by the Greater London Authority to spend money to unlock some land within the London area has been welcomed by the G15 group of housing associations, who have been advocating the freeing up of land for new housing for some time.

It is not just social housing landlords who are impressed by this new commitment. Mortgage lenders have also been keen to demonstrate their support to the commitment to assist in the production of quality and low cost homes for working Londoners outlined by the Mayor. They have suggested that the proposals include tried and tested methods which will undoubtedly go some way towards rectifying the existing housing problem, which currently prevents the majority of Londoners from being home-owners, and has caused inflated rents in the capital. 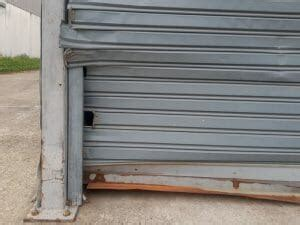