For the Love of Volkswagens

Some makes of vehicle inspire almost fanatical levels of loyalty and enthusiasm, whereas others are never seen as anything more than a means of getting from A to B and as long as they pass their annual MOT when taken to a Gloucester MOT centre their owner thinks no more about them.

Volkswagens usually fall into the first category, whether they’re the original air-cooled models or later cars like the Golf GTi. It’s no surprise then that there are plenty of clubs, websites and specialist traders dedicated to people who love VWs and want to keep them on the road.

A vehicle designed as a people’s car in Nazi Germany seems like an unpromising start for a make that’s loved around the world. Yet the original Beetle was designed by Ferdinand Porsche of sports car fame, and its essential qualities were recognised by British who took over the factory following World War II and restarted production.

The car was gradually modified and improved and soon developed a reputation as tough, reliable transport. It spawned a van version known as the Type 2 in 1950, again this was conceived as a basic, practical commercial vehicle but it too developed a cult following among hippies and surfers. It remains a perennial favourite to this day.

Volkswagen’s dedication to rear-driven, air-cooled cars saw it produce cars like the 1600 and 411 in the 1960s. But this was almost the company’s downfall as other manufacturers developed more modern, practical cars. With the introduction of the front-drive, water-cooled Golf and Passat in the 1970s, however, VW reinvented itself. The company gained a whole new following from people seeking reliable, well-made, modern cars, with sporty models like the GTi further boosting sales.

Part of the reason for VW’s popularity is its clever advertising. The company has never been afraid to laugh at itself, turning perceived weaknesses like the Beetle’s looks into strengths. This tradition of clever, memorable adverts continues to this day.

Even when they were still in production, air-cooled VWs had a cult following and that’s something that has become even stronger over the years. There are enthusiasts for more modern Volkswagens too though and the owner’s club caters for devotees of all types.

Of course if you have a classic car you’ll want to show it off. There are all kinds of shows where you can do this, but the VW world has its own dedicated events where like-minded people can gather to share their interest.

There’s a whole industry around Volkswagens too, from supplying parts and accessories to offering themed gifts. People who know VW enthusiasts are seldom stuck for gift ideas when birthdays come around! Many of the people involved in catering to the market are fans themselves who have turned their hobby into a business.

Of course Volkswagen is still turning out new cars, from saloons, hatches and 4x4s to the latest retro-styled Beetle, so there’s a whole new generation to keep the enthusiasts of the future loyal to the marque. 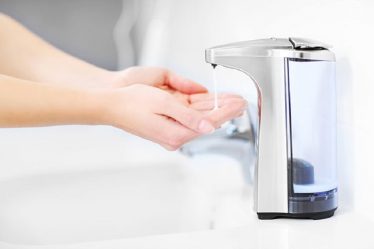