Walls, metal elements, floors, insulated cables, and appliances. They are the enemies of our Wi-Fi signal, whose radio waves do not escape the principles of physics and travel better through the air, in the open field, without interference. If you are not thinking of moving into a post-industrial open space, here are 7 tips on a solid scientific basis to try to improve your home network and surf faster with your computer or Smartphone.

The location of the router at home is the most important aspect to consider. It is advisable to install the device as centrally as possible, in order to make the most of the network extension without obstacles in all directions.

If the telephone connection is at one end of the apartment, it may be worth prolonging the cable and installing an outlet at the desired location.

The location of the Wi-Fi router should be chosen so that the spread of radio waves is hampered as little as possible by walls and partitions. A good empirical method is to raise the router up to the face and look around: the best place for the device is the position where, as far as possible, the line of the gaze can get as far as possible without meeting a wall, a piece of furniture or other obstacles.

Raise the router from the floor

The antennas of the router emit radio waves mainly downwards. It is a good idea to place the router in an elevated position (hung on a wall or on a tall enough piece of furniture), thus avoiding to spread the network to the basement or to the tenant’s house downstairs.

Check This Out: Benefits Of Living In A Smart Home

Interference generated by other home appliances is a cause of degradation of the Wi-Fi signal more frequently than you think. The microwave oven is the main suspect: if you have one, try to keep it as far away from the router as possible.

Even cordless phones operating on 2.4 or 5GHz can interfere with Wi-Fi, as well as all other devices operating on the same band: video repeaters, monitors for children and, of course, neighboring Wi-Fi networks if you live in a condominium.

If your router has two external antennas, place one vertically and the other horizontally. In this way, it is possible to better align the waves with the position of the antennas that are inside the devices. In the case of a Smartphone or a tablet, the problem does not arise, because the orientation of the antenna changes depending on how we hold them, while for a laptop, whose antenna is usually parallel to the desk surface, the antenna is positioned horizontally could offer some benefit.

The most recent routers offer the possibility of activating a second 5 GHz wireless network, less subject to interference with appliances and other networks (but a little less extensive than the 2.4GHz network). In order to take advantage of the 5GHz Wi-Fi, the devices must be compatible with the 802.11n protocol and the latest (and fastest) 802.11ac. The mode of installation of the higher frequency network changes according to the router used, which obviously must offer this functionality. Search on Google or on the website of your manufacturer, you will certainly find a detailed guide for the activation of the second network.

The app to map the signal

Network mapping is the best way to check for poor coverage and review the router’s location accordingly. To measure the actual reception of the Wi-Fi signal and discover unwanted interference you can use some free applications for PC, Mac or Smartphone. On PC there is HeatMapper (free after registration to the newsletter), on Mac is available NetSpot (free on the Mac App Store, boasts excellent reviews). For iPhone or Android Smartphone, WiFi Maximiser is available, a free app developed by the Telstra operator ( App Store, Play Store ).

When you cannot reposition the router or when the structural elements of the house make any adjustment impossible, you just have to use a so-called Wi-Fi Extender, which is a device capable of connecting to the main network and generate a new, amplified, which reaches cover a larger area. The extender should be placed in an area where the signal starts to weaken.All major producers have at least one price list and prices may vary a lot depending on the characteristics. Always check the compatibility with the transmission protocols offered by your main router. Although everyone often ensures total compatibility with other brands of routers, resorting to an extender of the same manufacturer can avoid headaches and inconveniences related to differences in the software of the devices. 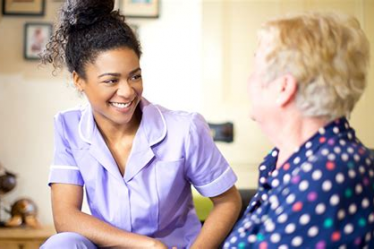